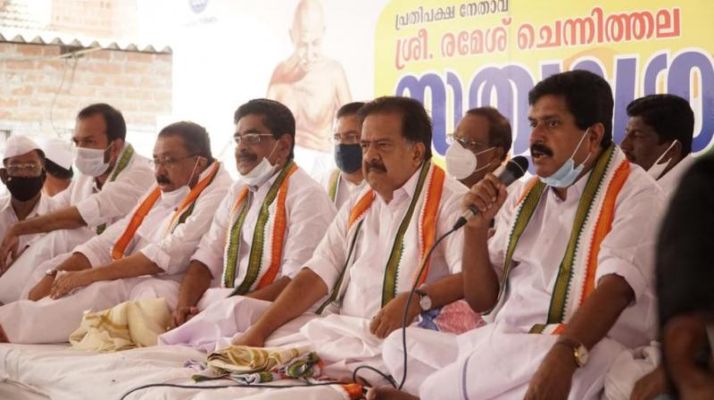 Thiruvananthapuram: Amid the row over signing of an MoU between the CPI(M)-led government and a US-based firm, Leader of Opposition in the Kerala Assembly Ramesh Chennithala on Saturday said the Congress-led United Democratic Front will undertake a coastal rally from March 1 "to save fisherfolk" and fisheries department.

Both the rallies will culminate on March 6 at Vypin in Ernakulam district, he said.

Chennithala alleged Chief Minister Pinarayi Vijayan was lying about everything related to the recent controversy over the MoU.

"I am astonished to hear that the chief minister did not know about the signing of an MoU. It was something that has happened under his ministry.